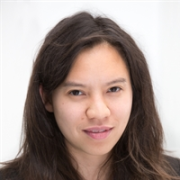 'Personalising the state: class and coercion at Britain's margins'?

Accounts of the contemporary political crisis often take a post-war model of social democracy as their point of departure. According to this narrative, the upsurge in right-wing movements, including Brexit, represents the unravelling of the golden age of social democracy through the forces of neo-liberalism and austerity. But when it comes to marginalised citizens in the UK, this narrative ought to be refined.

Drawing on ethnographic research with public housing tenants who subsist on precarious incomes, we demonstrate that for large swathes of people, the promises of freedom inherent in the post-war liberal dream were always complemented by the threat of coercion. From paternalistic post-war policies right through to contemporary policing, these people have long been exposed to the punitive gaze of the state in the most intimate realms of their daily lives, coming not only from the police but also social workers and bailiffs. Citizens, in turn, often incorporate the state’s coercive capacities into local social relations.

Understanding the British state as historically a liberal, rather than social-democratic, state, we argue that right-wing populisms are consistent with – not opposed to – the longue durée of British state liberalism. Popular punitivism is elicited, in part, by the way the liberal state systematically concentrates its exercise of coercion among the working class. It follows that popular consent to the state’s increasing use of coercion can only be properly understood if we place the ever-present threat of state coercion at the core of the analysis.