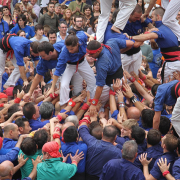 All welcome. Book a free place via the eventbrite link on this page.

This seminar reflects upon the Co-operative Movement past and present. Peter Gurney talks about his personal and intellectual engagement with the history of the Co-operative movement. He focuses on the question of the ‘decline’ of this remarkable social and economic institution, especially after World War 2, and his own attempt to try to understand that complex, uneven process. Three key themes are singled out: the impact of changes in class structure and consciousness; divisions between but also within genders; and the context of Cold War, which he will argue helped marginalise the co-operative alternative in Britain in hitherto unacknowledged ways.

Dr Cilla Ross will then link the past to the present context. She will show how in the UK, co-operation emerged as a values based social movement during the profound disruption of early industrialisation. Understood as both a skill and a virtue for much of the nineteenth century, it took many forms - from the giant retail and consumer co-operatives of the global north, to the agricultural co-operatives of developing economies. Now, post 2008, with the future of work contested, the networked and platform society in the ascendancy and an ideological attack on the state rampant, co-operation appears to be gaining some traction as an alternative form of economic and social organisation. However does this new interest reflect the ‘normalisation’ of austerity, privatisation ‘by the good guys’ or a genuine, transformational opportunity to build a movement for a new society?