Chao-yo Cheng - When Do Chinese Courts Stand with the People? 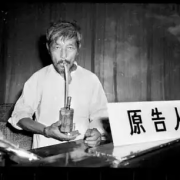 HYBRID: This talk will be both in-person and live on Zoom. When do Chinese courts side with the People?

In this talk, Dr Chao-Yo Cheng examines China's administrative courts' success. For decades, it has remained difficult for Chinese citizens to challenge government decisions through administrative litigation, as local governments control the crucial fiscal and personnel resources of the courts. In 2014, the Supreme People's Court announced the decision to allow the newly integrated railway transport courts (RTCs) to accept and hear administrative cases. Unlike the local people's courts (LPCs), the RTCs are under the direct administration of the provincial high courts. Drawing on a unique dataset of more than 238,000 first-instance judgment records between 2015 and 2019, we study whether the RTCs' incorporation into the adjudication of administrative cases has improved Chinese citizens' chances of winning their cases.

Following multivariate regression analysis, Dr. Cheng and colleagues (2022) discovered that only at the primary level are the RTCs more likely than the LPCs to side with citizens. Moreover, the primary RTCs' pro-plaintiff effect becomes statistically insignificant when the cases concerned are filed against government agencies from higher administrative levels. We also find suggestive evidence indicating provincial governments' implicit influence over the RTCs. Overall, China's experiment with administrative courts has achieved partial success. The RTCs' leverage to evade the capture by local government agencies may remain constrained given their embeddedness in the current Chinese political system.

Biography: Dr Chao-yo Cheng joined Birkbeck in 2022 as a Lecturer in Quantitative Social Research. He is also the director of Birkbeck's Postgraduate Social Research Programmes. His work applies various computational, quantitative, and qualitative methods to address a wide range of topics in the political economy of development and institutions. Before coming to Birkbeck, Chao-yo held fellowship positions at Tsinghua University (Beijing) and the London School of Economics and Political Science (LSE). He is also an Asia Fellow of the American Political Science Association (2021) and a Fellow of the Royal Asiatic Society of Great Britain and Ireland (2022).