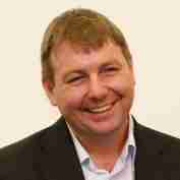 “Inequality and understanding the danger of idiots”

We are delighted to announce that Halford Makinder Professor Danny Dorling, at the University of Oxford will be delivering our annual public lecture.

‘Idiot’ has a particular meaning in Greek. The derivation of the word is associated with being individualistic and private and thus the ‘private-sector’ when translated literally from the Greek is the ‘idiot-sector’. Someone who holds particularly individualistic views is, in effect, said to be ‘idiotic’. This derivation came about because those who would not take part in early Greek democracy, who did not want to seek collective solutions to common problems but just wanted to be left alone to do as well as they could for themselves and their families, were said to be ‘idiots’; especially if they suggested that such an attitude would somehow benefit others as well.

Today, in the UK, the idiots have the upper hand. Of the richest 25 countries in the world the UK has become one of the most unequal and is on course to become the most economically unequal of all by 2030; to win that ‘global race’. In all of Western Europe no other country taxes and spends as little on its society as does the UK. Once all taxes are considered it is clear that the best-off 1% pay tax at a lower rate than the poorest tenth, whilst simultaneously complaining about how much they contribute and how little they think they get for what they contribute.

Since the millennium in London an extra 1% of the population have been forced to rent from a private landlord each year, 1% more than the year before, every year. If you work hard enough, you are told; you will be all right, although more and more others will not. Whole cities are told that if they compete hard enough, they too will ‘win’, while others fail. Northern powerhouses are imagined to illustrate that R H Tawney’s ‘Tadpole Philosophy’ is still alive and kicking although those who espouse it will not know its name.

We are in danger of succumbing to the idiotic, the individualistic argument, and all the time a younger generation is being told not to worry about the debts to which we are making them sign up. They too, will apparently also be all right, as long as they each, individually, work hard enough – and don’t think too much about what the idiots are telling them.