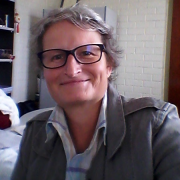 Carbon-based nanomaterials can afford a broad range of unique properties, such as a thermal and electrical conductivity, improved strength and tribology as well as substantial surface area. This talk will focus on some of the chemistries available for the modification of carbon nanotubes, graphene oxide and carbon dots into a broad range of polymers to form nanocomposites. Applications for these materials can be from water treatment to solar cells to conductive electrodes.

In particular, the talk will firstly focus on thiol chemistries to modify carbon nanotubes. Functionalisation of single walled carbon nanotubes (SWCNTs) with thioester moieties using phosphorus pentasulfide as a catalyst shows that the nanotubes can be covalently attached to a silicon surface through the thioester bond. We then use this thioester to form a polystyrene surface initiated reversible addition fragmentation chain transfer (RAFT) polymerised film which entraps the vertically-aligned nanotubes and protects them from acid/base hydrolysis when used as a sensor. We also show that the nanocomposite produced when using multiwalled carbon nanotubes (MWCNTs) for RAFT polymerisations has impressive electromagnetic shielding capability as well as optical transparency.

Finally, the talk will highlight the production of flexible transparent electrodes using carbon nanotubes, graphene oxide and silver nanowires laminated into highly conductive films. Poly (3, 4-ethylenedioxythiophene): polystyrene sulfonate (PEDOT: PSS) is often used in transparent electrodes as a transparent conductive polymer, however encapsulation away from atmospheric water is often required. Here, we fabricate transparent, flexible silver nanowire (AgNW): single walled carbon nanotube (SWCNT) electrodes using graphene oxide (GO), mitigating the use of PEDOT: PSS. These GO/AgNW: SWCNT electrodes were found to be highly conductive with a sheet resistance of 2.2 ?/?–5.9 ?/? and a work function of~ 4.8 eV. The optical transmittance was 75.00±0.02% with a haze value of 21.8±0.8%. The figure of merit was shown to be comparable to indium tin oxide (ITO), at 297 ?-1. Finally, the electrodes were shown to be flexible with no reduction in conductivity after 1000 bend cycle/cycles.

Prof. Ellis obtained a Ph.D (Applied Chemistry) from the University of Technology, Sydney in 2003. She then undertook two postdocs in the US, one at Rensselaer Polytechnic Institute and one at New Mexico State University. She then returned to New Zealand to take up a NZFRST Fellowship with Industrial Research Ltd (now Callaghan Innovations). In 2016 she started as a teaching/research academic at Flinders University in South Australia becoming a Full Professor in 2012 and then Associate Dean of Research for the Faculty of Science and Engineering in 2016. In May 2017 she joined the Department of Chemical Engineering at the University of Melbourne.

Prof Ellis' research is focussed on novel polymer coatings, functionalised carbon nanotubes and graphene, microfluidics, genotyping and DNA nanotechnology. Her primary interest is doing fundamental science for translation into industry. She has over 140 peer-reviewed publications and 6 Full patents. She has secured over $20 M in funding from the Australian Research Council (ARC) and non-ARC sources. Currently, she is an ARC Future Fellow and Panel Member of the Mathematics, Chemistry, Physics and Earth Sciences panel for the ARC College of Experts. She is also a Board Member of the Royal Australia Chemical Institute (RACI) & Fellow of the RACI and the President of the Membrane Society of Australasia (MSA)