United in Anger: A History of Act Up 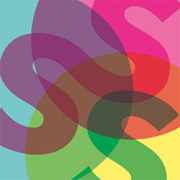 This screening is part of the Sexuality Summer School (SSS), organised annually since 2008 by the Centre for the Study of Sexuality and Culture (CSSC). The SSS brings international scholars and artists to Manchester for a series of public events that run alongside its programme of postgraduate workshops.

This screening will be followed by a Q&A with United in Anger director Jim Hubbard, Richard Dyer, Professor of Film Studies at Kings College London and Dr Monica Pearl of the University of Manchester.

United in Anger combines archival footage with insightful interviews from the ACT UP Oral History project to explore direct action advocacy group, ACT UP (the AIDS Coalition to Unleash Power), from a grassroots perspective.

Formed in March 1987, ACT UP gained worldwide attention for its fight to bring about legislation, medical research, treatment and policies for people living with AIDS.

The film takes the viewer through the planning and execution of half a dozen major events, including Seize Control of the FDA, Stop the Church and Day of Desperation, as well as other actions that forced the US government to deal with the AIDS crisis. The film reveals the group’s complex culture as meetings, affinity groups and approaches to civil disobedience interweave with profound grief, sexiness and the incredible energy of ACT UP as it battles corporate greed, social indifference and government neglect.

Sponsored by the film and television studies journal, Screen.