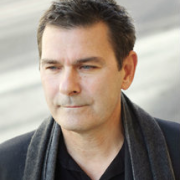 5-6.30pm, Thursday 25th February, Arts Theatre, Samuel Alexander Building, The University of Manchester. Further info, including directions, here. All are welcome, admission is free, but please let us know if you will attend the lecture here.

Professor Stephen Gill is a world leading scholar of global political economy, political and social theory, international relations and law and cultural studies. He is a leading critical theorist and commentator on what has come to be known as “globalisation” and “global governance”. His important work has also addressed US hegemony, imperialism and strategy as well as transatlantic and ‘trilateral’ (US-EU-Japan relations) and European integration. Stephen is Distinguished Research Professor of Political Science, Communications and Culture at York University, Toronto, Canada. He is also a Fellow of the Royal Society of Canada and a Senior Associate Member of St. Anthony’s College, Oxford University. In 2009-10 he was the Jane and Aatos Erkko Visiting Professor in Studies on Contemporary Society at the Helsinki Collegium for Advanced Studies, University of Helsinki, Finland, and in 2016 he will be the Hallsworth Visiting Professor in Global Studies at the University of Manchester, UK. His best known books are The Global Political Economy: Perspectives, Problems and Policies (with David Law, 1988); American Hegemony and the Trilateral Commission(1991); Gramsci, Historical Materialism and International Relations (1993); Innovation and Transformation in International Studies (1997); and Power, Production and Social Reproduction: Human In/security in the Global Political Economy (with Isabella Bakker, 2004). His Power and Resistance in the New World Order (2003) won the Choice, Outstanding Academic Title Award of the American Library Association. An enlarged and fully updated second edition of this work was published in 2008. Recent volumes include: Critical Perspectives on the Crisis of Global Governance: Reimagining the Future (2015); New Constitutionalism and World Order (with Claire Cutler, 2014); Globalization, Democratization and Multilateralism (2013, originally published in 1997; the second expanded edition was published as a Palgrave Classic in International Political Economy).