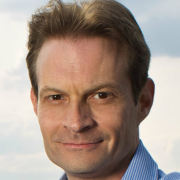 Join the University of Manchester’s Politics department for an afternoon with one of the world’s renowned nonviolent democracy campaigners. Srdja Popovic led the Serbian nonviolent resistance group Otpor! which helped topple the dictator Slobodan Milosevic in 2000.

He will be speaking about people power and his inspirational life, which he has dedicated to nonviolent protest against oppression in many parts of the world. Through his non-profit organisation, called the Centre for Applied Nonviolent Action and Strategies (CANVAS), he advocates nonviolent resistance as a way to promote human rights and democracy. Founded by Popovic in 2003, CANVAS has been a driving force in against tyranny and human rights abuses in 37 countries, including Zimbabwe, Burma, Iran and Venezuela.

The CANVAS handbook, "Nonviolent Struggle: 50 Crucial Points", has been translated into 16 languages, including Farsi and Arabic. It was downloaded 17,000 times from Iran during that country's 2009 protests. In early 2015, Srdja released a new book “Blueprint for Revolution”.