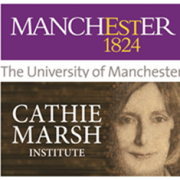 The Cathie Marsh Institute welcomes Sebastian Stier from GESIS who will be speaking on the topic:

Whereas extant research has shown that anti-media rhetoric by political parties or politicians seeds distrust of the press among their supporters, it is still unclear whether these party cues also affect the actual selection of political information. This paper investigates selective exposure to offline and online news by supporters of the German radical right party AfD that routinely accuses the mainstream media as being politically biased. We use self-reported exposure measures from a large representative survey and passively recorded web browsing histories as the input in mediation models that allow us to disentangle the effects of party cues and media distrust. The various analyses reveal that AfD supporters rely less on quality news outlets, whereas the evidence is mixed for public broadcasting news. The apparent success of anti-media party cues has implications for public opinion formation in contemporary democracies where populist radical right actors and mistrust of political elites have become entrenched.

Tea/coffee and cakes from 2.45. ALL WELCOME! No registration needed.