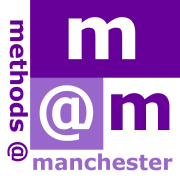 Although a relatively niche field within criminology, in the social sciences more generally there has been something of an explosion of interest in psychosocial studies as a field of inquiry that cuts across the disciplines of sociology, social work, psychology, education, counselling, and forensic psychotherapy in particular. Recognizing this enables the psychosocial researcher to perceive in the researched a capacity for human agency however dire their circumstances. Special methods have been developed to enable simultaneous attention to be paid to research subjects’ inner and outer worlds. The most notable among them is Hollway and Jefferson’s attempts (2001; 2013) to do qualitative research differently through the development of an interview method geared to eliciting “free associations” and the psychoanalytic interpretive analysis of case study material that follows from data generated in this way.

In criminology, the approach has considerable potential for making sense of violence that, rationally speaking, often seems senseless to both those on the receiving end of it and those who perpetrate it. Such sense making, however, requires an ability to operationalize, methodologically speaking, at least three key ideas: 1) the subject as an active user of discourse; 2) the subject as a defended, non-unitary persona; and 3) identification, not only with regard to the participants significant relationships but also between the researcher and the researched in the context of the interview.