Many candidates new in the zoo: Towards unifying principles in liquid exfoliation of various layered crystals 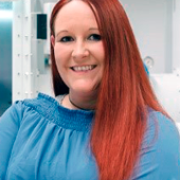 2D materials are exciting for two reasons: i) layer number dependent properties and ii) the broad palette of accessible layered crystals potentially giving access to any desired function. Ten years ago, it was demonstrated that 2D nanosheets can be obtained from layered crystals via liquid phase exfoliation (LPE) resulting in colloidal dispersions. However, sample polydispersity was a problem until recently. Now, we have arrived at a point where size selection (e.g. liquid cascade centrifugation, LCC) and size measurement protocols are in place, which can be readily applied to the whole nanosheet zoo.

In this talk, our recent progress in LPE, size selection, characterisation and functionalisation is summarised. By comparing various material classes, a model to understand the exfoliation was developed which reveals that the exfoliation quality is proportional to the ratio of in plane and out of plane bonding.

With our realisation that both size and thickness result in changes in optical extinction spectra due to edge and confinement effects, it became possible to quantitatively determine the nanosheet dimensions optically. Such metrics have now been developed for ~15 materials. The understanding of the optical spectra is useful to monitor degradation kinetics in various liquids as function of time/temperature. Activation energies can be determined and passivation of defects, e.g. by functionalisation, subsequently studied. Functionalisation in general has the potential to ultimately enable the fabrication of hybrids, vertical and horizontal heterostacks etc. for new functional materials.

In 2016, I was awarded with the prestigious Emmy Noether funding from the German Research Foundation to establish my own research group at the University of Heidelberg. Currently, my team comprises five PhD students, one postdoc and several undergraduate students. I have co-authored >70 peer-reviewed papers which have been cited ~5,700 times and presented >50 invited talks at international conferences and departmental seminars. Since 2011, my research has been devoted to liquid phase exfoliation of layered crystals, optical characterisation, deposition and functionalisation of nanosheets.