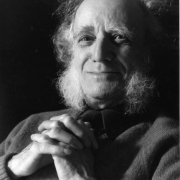 Norman Nicholson (1914-1987) was an English poet and writer who was known for his lifelong connection to the small industrial town of Millom on the west coast of Cumbria. Although his work is clearly rooted in the local, he is far from being a merely local poet. His books of poetry, his dramas, and his charmingly written autobiography Wednesday Early Closing were all published by Faber and Faber; his topographical works by the publishers Robert Hale; and his many critical reviews and essays by a range of leading journals, including the Times Literary Supplement, The Church Times, The Listener and John O’London’s. Nicholson was also the recipient of a number of prestigious awards and prizes, amongst these the Heinemann Award, the Cholmondeley Award, the Queen’s Medal, an OBE, and several honorary degrees, including one from Manchester University. It is not surprising, therefore, that his work was also known abroad, not only in English-speaking countries such as Canada or the US, but also in non-Anglophone countries.

Antoinette has been working on archival materials in the John Rylands Library since mid-January 2016, so the research she presents is very much a work in progress, but it is fresh and exciting in extending the range of what is commonly known about Nicholson’s work, and should help to contribute to the recent upsurge of academic and general interest in Nicholson’s life and writings.

Biography: Antoinette Fawcett is an independent scholar with links to the Universities of East Anglia and Newcastle and a lifetime of professional involvement with English and World Literature. She obtained her PhD in Literary Translation at the University of East Anglia in 2014 with a study of the process involved in her translation of poems by the Dutch Modernist poets Martinus Nijhoff (1894-1953) and Gerrit Achterberg (1905-1962). She is a founding member of the Norman Nicholson Society and editor of Comet, its newsletter-journal.