China and the World after Covid-19: A Conversation & Book Launch with Orville Schell 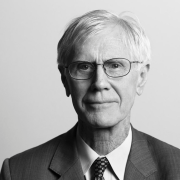 This webinar will commence with a discussion of the legacies of China’s Cold War past in Chinese domestic and foreign policies today, before exploring the prospects for China’s relations with the world after Covid-19.

Orville Schell has written ten nonfiction books about China and has written extensively about China for The New Yorker, The Atlantic, The Nation, Foreign Affairs, and The New York Review of Books. My Old Home: A Novel of Exile (2021) is his first work of fiction, exploring life in Cold War China through the story of a father and his son. Audience members will be invited to ask questions as part of the discussion.

This event is co-hosted by the Manchester China Institute at UoM & the Dukakis Centre at ACT.

The Manchester China Institute (MCI) promotes research, teaching, and learning about China at the University of Manchester. The Institute’s vision is to foster a better understanding of China’s expanding role in a rapidly globalising world and to promote the healthy development of UK-China relations.

The Dukakis Center at ACT -- the American College of Thessaloniki -- was launched in 1999 as an endowed chair in honour of three-term Massachusetts Governor Michael Dukakis, and transformed in 2011 into a university centre dedicated to inspiring young people to take active roles in public affairs.

Organisation: Arthur Ross Director of the Center on U.S.-China Relations at Asia Society

Biography: Director of the Center on U.S.-China Relations at the Asia Society, and author of My Old Home: A Novel of Exile

Organisation: The Dukakis Centre at ACT

Biography: David Wisner is Professor of International Relations and Executive Director of the Dukakis Center at ACT. He is the author of an acclaimed monograph on the origins of the French Revolution, and of scores of scholarly and popular articles in English, French, and Greek on a variety of historical and contemporary topics.

Biography: Peter Hays Gries is the Lee Kai Hung Chair and founding Director of the Manchester China Institute at the University of Manchester, where he is also Professor of Chinese politics. He was previously founding director of the Institute for US-China Issues at the University of Oklahoma. He studies the causes and consequences of how Chinese feel and think about the world—and how the world feels and thinks about China, and is particularly interested in the dynamics of mis/perception and mis/trust.