Free Public Talk on China - China and the West 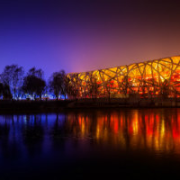 In modern history, the West (Europe and the USA) has been a source of inspiration for some in China and a source of threat for others. Not so simple as a split between radicals and conservatives: the Boxer uprising was virulently anti-Western but the student radicals and the early Chinese communists (1919-1927) drew strength from Western ideas. With 1949, and the rule of the CCP, the new state was firstly in a mutually antagonistic ‘non-relationship’ with the West. Now, as symbolised by the 2008 Olympics, harmony has replaced discord. We will, in historical perspective’ and in the context of the international work of the Confucius Institutes, consider Chinese / Western interaction over the last two centuries.