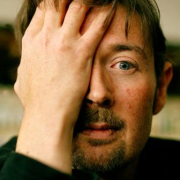 Booker-winner DBC Pierre will make a rare public appearance at The Martin Harris Centre at The University of Manchester on Monday 22nd February 2010 at 6.30pm

This event is the first in the 2010 season of the Literature Live series of readings run by the Centre for New Writing, the academic home of Professor Martin Amis. The series of events brings the best-known contemporary novelists and poets to Manchester, to discuss and read from their work.

DBC Pierre, the pseudonym for Mexican-Australian author Peter Finlay, was born in 1961 in Reynella, Australia. Lavishly brought up in Mexico City before a dramatic fall from grace, DBC Pierre's fascinating back-story includes drugs, debt and illegal money-making schemes. For most of the 1990s, he lived as a recluse - in his own words, "repolarizing and deconstructing himself" while listening to Russian orchestral music. He found work as a cartoonist and a designer and, in 2000, relocated to Ireland, where he wrote his debut novel, Vernon God Little (2003). A dark satire set in the aftermath of a Texas high school massacre - Vernon God Little was the winner of the 2003 Man Booker Prize for Fiction. His second novel, Ludmila's Broken English, was published in 2006 and Lights Out in Wonderland, his third novel is eagerly anticipated.