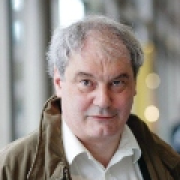 The Danels commence their new season at The University of Manchester with music influenced by the two World Wars. The WORLD PREMIERE of a duet by Professor Emeritus, Philip Grange takes its inspiration from W.B. Yeats’ poem The Second Coming written in 1919 while the world was reeling from WW1, while Prokofiev’s second quartet was written while the composer was living in Nalchik, having evacuated Moscow after the Nazi invasion in 1941.

Followed at 2.30pm by Quatuor Danel workshop: ‘In the Hotseat’. The quartet are joined by student performers from The University of Manchester for a workshop of chamber music.