Research and Teaching Matters - Becoming bilingual in Scotland: Is parity of provision within Gaelic medium education a goal too far? 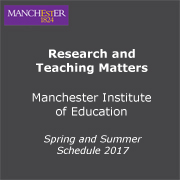 The commitment to dual language learning in Scotland is evident with the introduction of policy supporting primary pupils who will complete formal learning of two languages, in addition to the main language of their school (Education Scotland, 2015a; Scottish Government, 2012). For most children in Scotland, this will involve English and two other languages, one of which could involve Gaelic. For children enrolled in Gaelic medium education, Gaelic is identified as the first language, coupled with English and a further modern language (Education Scotland, 2015b). Although this policy can be applauded for signalling the value of language learning at a young age, it may further complicate provision within Gaelic medium education where the main outcome is to provide pupils with an equal footing in Gaelic and English languages. Gaelic medium education is a critical component of the language revitalisation initiative in Scotland, thus the paucity of research regarding typical language development in Gaelic/English learners and investigations focused on assessing and diagnosing language difficulties are concerning. This seminar will report on research studies that involved teachers, professionals, educators and schools within Gaelic medium education and share compelling evidence that literacy and language need to be looked at more closely. Given the well-known difficulties of conducting research in applied settings (such as education); the engagement and participation noted in these studies suggests Gaelic medium teachers are particularly eager to contribute to research and this ought to be recognised as a specific characteristic when Gaelic is viewed internationally amongst other minority languages.