The ‘European’ Question: Reflections on the Stakes of an Anthropology of ‘Europe’ 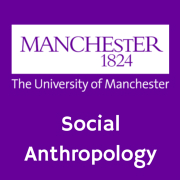 What is ‘Europe’? Who is a ‘European’? At the beginning of the twenty-first century, the ‘European’ Question has become a problem of a new significance and magnitude -- above all, in Europe itself, but also in its increasingly amorphous externalized border zones, and beyond.

Social movements during the nineteenth and twentieth centuries were commonly pressed to address various political problems in terms, for example, of ‘the Jewish Question’ (or in the United States, ‘the Negro Question’); thus, they approached these questions from the largely unexamined vantage point of relative privilege and power.

In the wake of decolonization on a global scale, this paper proposes the urgent necessity to critically formulate ‘the "European" Question’ - as a problem of postcolonial whiteness - from the vantage point of transnational and intercontinental migration and the cross-border mobility of migrants. On a global scale, migration is implicated in socio-political and spatial conflicts defined around constructions of identity and difference, belonging and foreignness. Likewise, migration tends to be inseparable from ongoing socio-political processes of racialization and racial formation.

How, then, may we begin to examine anew the problems of European identity and the contradictory and competing productions of a European space -- as racial formations and racial projects? By focusing a critical postcolonial lens on the very questions of European nationhood and “European” identity more generally, the postcolonial politics of migration and race may serve to problematize some of the most urgent and dire perplexities of the contemporary European scene. Likewise, this sort of critical problematisation of 'Europe' and 'European'-ness may be instructive for reformulating the stakes of an anthropology of Europe.