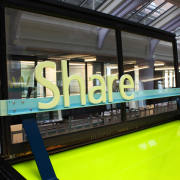 Some of the more recent Stone Flowers members will be showcasing their work at Manchester Museum. Come and talk to our team and watch the performance. Stone Flowers project came into existence in response to the Musicians' Union campaign against the use of music as a form of torture in Gauntanamo. Stone Flowers members are refugees and asylum seekers who survived torture and had to flee their home countries.

In partnership with Freedom from Torture North West, Music Action International organise therapeutic music sessions aimed at reducing the effects of trauma and other psychological after-effects of torture. Since 2011, they have supported around 80 survivors of torture with their rehabilitation.