Representations of Violence and Ethics in Ibero-American Cultures 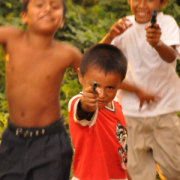 The International Conference ‘Representations of Violence and Ethics in Ibero-American Cultures’ will be hold at Samuel Alexander Building next 9th May 2014.This conference aims to bring together scholars from different countries to examine the way in which literature and the arts have represented violence in Latin America and the Iberian Peninsula since the 1960s, with a particular interest in the ethical aspects that such a representation entails. Our aim is to analyse how ethics and aesthetics interact in the portrayal of traumatic events. How can artistic representations contribute to processes of mourning? Does art contribute to the perpetuation and trivialisation of violence? Where are the limits of the morally acceptable? What is the role of artistic representations in the face of atrocity?