“QUEER LEONARDO: an afternoon of performance, spoken word and music” 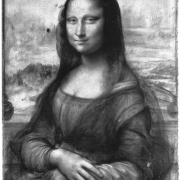 “QUEER LEONARDO: an afternoon of performance, spoken word and music”

It is widely accepted that Leonardo da Vinci, the famous Italian Renaissance painter, was gay. To celebrate this, and to accompany Manchester Art Gallery’s exhibition “Leonardo da Vinci: A Life in Drawing, we have commissioned five Manchester-based artists to develop pieces that respond to the artist’s works and aim to situate him within contemporary negotiations of gender and sexual identity. Today, it is normal to view Leonardo as a positively queer figure in the history of art whose work has been highly influential in the construction of the modern body. While there has been great progress in the development of LGBTQ+ rights in the UK, LGBTQ+ people are still largely underrepresented, and despite this progress these hard-won rights are reliant on dominant normative modes of being that, in his own day, Leonardo resisted. We believe it is vital that Manchester continues to embraces the radical possibilities of art, and takes this opportunity to pay tribute to the life of a great, gay artist of the past.

JOE COOPER is a writer and performer and digital artist living in Manchester. He has made a work for Flim Nite, First Draft and Evidently Salford. He would rate Leonardo da Vinci a 7/10.

STUART CROWTHER trained at the Liverpool Institute for Performing Arts, where he is now a visiting lecturer in writing for performance. He is a writer, actor, drag and performance artist and his work has been seen at the Pleasance (London and Edinburgh), Fortune Theatre (West End), Battersea Arts Centre, the Royal Exchange, Oldham Coliseum, Walker Art Gallery, Open Air Theatre, Square Chapel, Lawrence Batley Theatre, Unity Theatre, Liverpool Playhouse and many others. He is also a founding member of the Working Class Artists collective and holds an MA in Gender, Sexuality and Culture from the University of Manchester.

ANIRUDHA DHANAWADE studied at Cambridge and Birkbeck College London. For three years he was a lecturer in Art History at the University of Manchester before teaching for a year at the University of Genoa, Italy. Having parachuted out of academia, he is in the process of reinventing himself. His essay on jelly and the aesthetics of wobbliness can be read in Issue 19 of The Manchester Review.