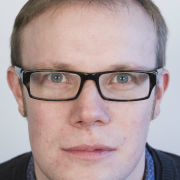 The next MANCEPT research seminar will be on Thursday 21 April, when our very own Stephen Hood will speak about “Four Reasons for Competition.”

The seminar starts at 4pm in the Arthur Lewis Building 2nd floor boardroom.

ABSTRACT: A common feature of social life is competitive interactions with a zero-sum character: one company’s search for market share comes at the expense of its rivals; one political party’s electoral gain is another’s loss; either the defence or the prosecution in a trial is judged to have presented the more compelling case; universities and schools decide whether to take one prospective student over another. In these situations, typical Golden Rule-type ethical injunctions of concern for others are, to some degree, relaxed or weakened: it is considered permissible to directly treat others in ways that are harmful to their long term interests. While it would be untrue to say that political philosophy is untroubled by these situations, it remains the case that remarkably little analysis has focussed upon competition itself as a concept or a value. This has resulted in a situation where the appeal to competitive processes often remains vague as to their precise value, or it exhibits an unduly optimistic faith in their positive character, due to a conceptual over-reliance upon the ideal of perfect competition used in economic modelling. In this paper, I provide an attempt to clarify the normative dimensions of competitive mechanisms. The paper argues that there are four main types of reason that could contribute to an attempt to justify competitive schemes: motivational reasons, epistemic reasons, distributive reasons, reasons of non-domination. It argues that each is necessary for competition to be fully justified. After outlining these four reasons, the paper will finish by noting three inherent problems that face any attempt to employ competition – its disruptiveness, its instability and the problem of mechanism design – any of which may threaten its overall justifiability...