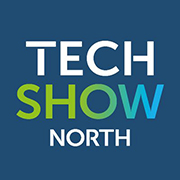 Taking place on 8 & 9 May 2019 at EventCity, Manchester, and co-locating with eCommerce Show North, #TSN19 will be the biggest ever gathering of technology companies and suppliers held outside London.

It has been said that we live in a Fourth Industrial Revolution. New technologies arrive at unprecedented speed blurring the boundaries between the physical, digital, and biological worlds and disrupting almost every industry across the globe.

Blame the north of England. It was here that the source code for the First Industrial Revolution was written by people for whom innovation was a force of habit. The foundries and mills may have been replaced by office pods and tech hubs, the mutton chops by hipster beards, yet that bold spirit of enterprise, of challenging the status quo, endures. And nowhere more so than in Manchester, the world’s first industrial city and, today, a major magnet for capital investment in technology.

With an enviable talent pool and a vibrant network of start-ups, scale-ups, and established players, Manchester is indisputably the region’s dynamo. Underpinned by world-class universities with a reputation for collaborating with business and industry, the city is the place to be for companies seeking to drive or ride the next wave of innovation be it in software development, IoT, cybersecurity, the cloud, or data analytics on the one hand, or media production, animation, gaming, or VR/AR/360° on the other.

We are not alone in believing that Manchester is the perfect location for a premier expo that addresses the impact of technology within the enterprise. But we are alone in organising one! Tech Show North.

The Graphene@Manchester team will be both exhibiting and speaking at this event.