Creativity in tough times: Turing and Manchester University after the Second World War 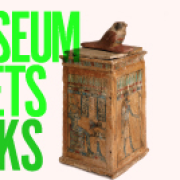 6-7pm. With Professor John Pickstone, The University of Manchester. The impact of Alan Turing is indisputable, so too the tragedy of his suicide. In many ways, his ideas on computing changed the world, but how did he interact with Manchester University – his home for his last six years? This lecture will explore his work here and the mathematicians, physicists, chemists, biologists and medical men with whom he worked. Many of the staff had been employed on secret projects. You are invited to join them in the years around 1950, when Manchester was recovering from the War. Let’s see how they renewed the University in a time of hope, how they created new machines and new lines of scientific research. Let’s listen to their debates on machine intelligence and the problems of organic form. Let’s dissect ‘Post-war Science’ – to see how big ideas were formed as part of the history of Manchester.