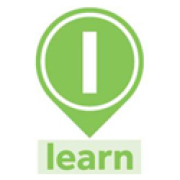 You must book a ticket for this event. Tickets are free and available here: https://manchesterstudentsunion.com/events/protecting-civil-liberties-promoting-human-rights-distinguished-lecture-professor-shami-chakrabarti-cbe/buy_ticket.

Founded in 1934 and announced in a letter to the Manchester Guardian, Liberty is a cross party, non-party membership organisation at the heart of the movement for fundamental rights and freedoms in the UK. In 2014, Liberty’s work is never far from the headlines. Whether undertaking ground-breaking test case litigation or high profile public campaigns; from huge strides on gay rights and racial equality to the defeat of ID cards and 42 days pre-charge detention and defending privacy, the rule of law and our Human Rights Act, the organisation’s underlying motivation remains the belief that everyone deserves to be treated with fairness, dignity and respect.

Shami Chakrabarti has been Director since September 2003. A Barrister by background, she worked as a lawyer in the Home Office from 1996 until 2001 for Governments of both persuasions. Since becoming Liberty’s Director she has written, spoken and broadcast widely about Liberty’s work on equality, human rights and the rule of law. She is Chancellor of Oxford Brookes University, a Visiting Fellow of Nuffield College Oxford, a Master of the Bench of Middle Temple and in January 2014, she was appointed as Honorary Professor of Law at The University of Manchester. She was one of 6 independent assessors advising Lord Justice Leveson in his Public Inquiry into the Culture, Practice and Ethics of the UK Press.

We welcome Shami Chakrabarti, to give an inspiring lecture on the importance of universal human rights.