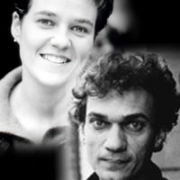 Michael Hofmann One of the most influential UK poets of the 1980s and 1990s, Michael Hofmann’s poetry collections include Nights in the Iron Hotel (1984), Acrimony (1986), Approximately Nowhere (1999) and Selected Poems (2008), all published by Faber and Faber. Behind the Lines: Pieces on Writing and Pictures was published in 2001. Michael Hofmann is considered to be the foremost translator of German literature into English. His prizes include the IMPAC Award, the Cholmondley Award, the Weidenfeld Translation Prize, and the Schlegel-Tieck Prize. Amongst the authors he has translated into English are Bertolt Brecht, Joesph Roth, his father Gert Hofmann, Patrick Suskind, Nobel Prize winner - Herta Mueller, Franz Kafka, Durs Grunbein and, most recently, poet Gunter Eich. He is the editor of the Faber Book of Twentieth Century German Poems (2005) and of Twentieth Century German Poetry: an Anthology (Farrar Strauss and Giroux, 2006). He now teaches at the University of Florida at Gainseville.

Rachel Seiffert Rachel Seiffert is the author of The Dark Room (2001) which was shortlisted for the Booker Prize, and won an LA Times Award for First Fiction. Her second novel Afterwards (2007) was long-listed for the Orange Prize, and she has also published an acclaimed collection of short stories, Field Study (2004). In 2003, she was named one of Granta's Best of Young British Novelists, and in 2011 received the EM Forster Award from the American Academy of Arts and Letters. Rachel has taught creative writing at Goldsmiths College, Glasgow University, and the Humbolt University Berlin, amongst others. She lives in London with her family.