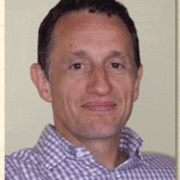 ‘’ Liberalism and its contradictions: Democracy and Hierarchy in Mestizaje and Genomics in Latin America”

This talk explores Latin American genomic studies of mestizaje and the way mestizaje’s inherent contradiction between equality and hierarchy—a contradiction typical of liberalism—is managed in genomics. In Latin America, ideologies and practices of mestizaje may be seen as an antidote to hierarchies of race and class, but also as a terrain for the enactment of these hierarchies. Mestizaje mediates this contradiction between equality and hierarchy first by deploying the idea of sexual intimacy and family kinship across racial difference; and second by representing blackness and indigeneity as spatially peripheral and temporally backward-looking, thus naturalizing them as other. Multiculturalism can be seen as a recent variant on these themes, as well as a departure from them. Recent genomics research in Latin America strongly reiterates these ideas, while also adding some new twists. Despite its apparent connection with progressive politics and policies (anti-racism, better health for all, protection of human rights for victims of oppression), genomics here appears as a mainly conservative force.