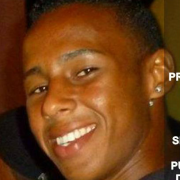 John Gledhill – The University of Manchester

The enduring contradictions of policing in Brazil: ethnographic and structural perspectives

Brazil offers a spectacular example of a global tendency towards what geographer Stephen Graham calls “militarised urbanism”. The vices of the country’s policing system are deeply rooted in its history as well as contemporary power relations and models of urban development. Their consequences parallel those that produced the “Black Lives Matter” movement in the United States, but the scale of “authorised” and extra-judicial police killing in Brazilian metropolitan cities today is incomparably greater, whilst prospects for changing this scenario seem more limited than ever now that the faltering search for social justice has again been interrupted by a coup. Nevertheless, this paper, which was originally presented in Portuguese to a mixed audience of academics and officials working in the justice system of the state of Bahia, shows that we can get a clearer picture of the social and political contradictions that make reform so difficult if we listen attentively to what rank-and-file police themselves have to say about them.