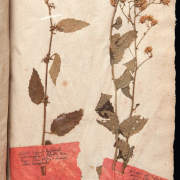 During the first four decades of the nineteenth century, Euro-Americans in China could legally reside in Canton, Hong Kong, and Macau. From the conclusion of the Treaty of Nanking (1842) onward, citizens of the US, Britain, and other European countries gradually obtained the rights to live, travel, trade and establish consulates in China’s treaty ports.

After the treaties of Tientsin (1858) were ratified, Euro-Americans were allowed to leave the treaty ports and travel through China’s interior with authorised passports. Prior to that, the Sino-American Treaty of Wanghia (1844) for the first time permitted Euro-American missionaries to preach the Gospel in treaty ports; before the subsequent treaties of Tientsin also enabled them to bring the Gospel to China’s interior.

From 1858 onward, theoretically, Euro-Americans’ travels, trade and missionary work beyond the treaty ports ought to have been authorised with legal travel documents. After the late-Qing became somewhat integrated in the international legal system, Euro-American naturalists or plant hunters often entered China’s interior under the guise of ‘travel’, but neither treaties nor the Qing code detailed their botanical explorations in China, provoking reflections on present-day criticisms of these naturalists in terms of legitimacy, sovereignty, scientific imperialism and the plunder of biological resources.

Biography: Di Lu is a historian of science and medicine. His main research interest is Sino-European exchange of medicinal substances and species in the 18th to early 20th centuries