Dr. Chika Watanabe: Playing through the Apocalypse: Preparing Children for Mass Disasters in Japan and Chile 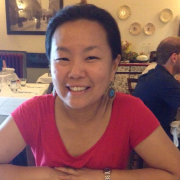 There is currently a growing trend to prepare children for future disasters. A Japanese non-profit organization has developed an event called Iza! Kaeru Caravan, which includes games that teach children and their families how to survive disasters, from earthquakes to floods. Many disaster experts and government officials from other countries have now implemented the Caravan in their own contexts. Based on ethnographic research in Japan and Chile, this talk shows how playful methods in disaster preparedness orient children, and by proxy their families, to accept an apocalyptic future, helping the neoliberal state buy time. Ambiguously positioned between fun and education, playful methods of preparedness command attention from children and adults—what I call “attentive play”—as they frame and reframe the games to figure out, “is this play?” Ultimately, the article shows that attentive play buys time for the state to temporarily defer its responsibilities to citizens, but the ambiguity of play can also exceed its ideological effects.

Chika Watanabe is Senior Lecturer in Social Anthropology at the University of Manchester. She is the author of Becoming One: Religion, Development, and Environmentalism in a Japanese NGO in Myanmar (University of Hawai’i Press), and other works on development, religion and secularism, and disaster preparedness.