ESRC Strategic Network DACAS: Katharine Willis on Whose Right to the Smart City: Data and Citizenship 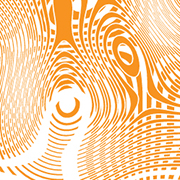 The ESRC Strategic Network Data and Cities as Complex Adaptive Systems (DACAS) is hosting its third event, the international summer school Understanding Urban Transformations through Data. The aim of DACAS is to promote an interdisciplinary complexity science approach to the study of urban data and the links between soft and hard systems as the basis for the development of innovative technological applications. Katharine Willis will give a talk as part of the summer school:

Whose Right to the Smart City: Data and Citizenship

In the context of global smart city initiatives, what are the potentials and challenges ICTs for marginalised communities to appropriate and benefit from the impacts of ‘smart city’ projects? This talk addresses the topic of ‘smart citizenship’: or how ICT led developments can involve not only engineers, coders or systems scientists - but also civic hacktivists, local associations and longstanding community groups. This looks at the role, not of ‘big data’, but of a process where interested publics are actively solicited to co-create potentially transformative civic 'information’. Smart city initiatives tend to leave little space for bottom-up or citizen-led engagements and in particular overlook the needs of disadvantaged and marginalised communities. This is set in a context where efficiency, optimisation and convenience are fashionable buzz words, but where citizens are relegated to being seen as data sources moving across various databases. Such communities have neither the information nor the tools by which to participate in the decision-making process. Underlying this is a lack of data about the urban poor, and their access to water, sanitation, housing, health and transport services. This talk will outline some of the issues raised and discuss possible models and tools to support smart citizenship within marginalised communities, drawing on work from Brazil, India and UK. This work is part of an AHRC International Research Network: Whose right to the Smart City; a UK/Brazil/India collaboration that draws on knowledge and perspectives from marginalised city contexts’. Network Partners are Ava Fatah (UCL) Satyarupa Shekhar (CAG India) and Ana Paula Baltazar (UFMG, Brazil).

Willis is Associate Professor (Reader) in digital environments in the School of Art, Design and Architecture at Plymouth University, UK. Her research investigates the effects and implications of digital networks on the experience and design of urban space and place. She is PI on the Digital Neighbourhoods research project (2013-2017) that investigates the impact of superfast broadband on social and spatial inclusion on rural communities in South West UK and leads the AHRC International Research Network: Whose right to the Smart City (2016-2018).

Recent books include: Digital and Smart Cities (with Alex Aurigi, 2017 forthcoming Routledge), Netspaces: Space and Place in a Networked Wold (Routledge 216), Locative Media: Multidisciplinary Perspectives on Media and Locality (co-edited, Transcript Press 2013) and ‘Shared Encounters’ (co-edited, Springer 2010). Katharine Willis trained as an Architect with a Masters in Architecture from the Bartlett, University College London, and a PHD from the Bauhaus University of Weimar, Germany where she was an EU Marie Curie Fellow on the MEDIACITY research project.

Places are limited and booking well in advance is advised: http://goo.gl/5NrD6U