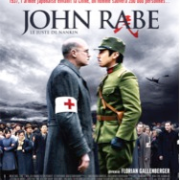 In December 1937 the Japanese Imperial Army reached the Nanjing. What happened in the weeks that followed has become a globally recognizable event that has echoed down the decades. This talk will examine the visual and cultural legacy of the events that took place in 1937 in the city of Nanjing and the positioning of Nanking in modern cultural memory, focusing on modern day interpretations and extrapolations of the Nanking Massacre. Whilst there was one film made on the events in 1980 and only two in the 1990s, since 2006 there have been over eight films made that focus on Nanjing. This talk will examine why there has been a recent surge in the production of films examining this topic and will question how the ‘real life’ memories of the events of Nanjing have become a vision of collective memory (not just Japanese or Chinese) in which different nations (Germany, USA, UK) articulate themselves inside the wartime narratives for political and cultural purposes.

Bio: Dr Kate E Taylor-Jones is Senior Lecturer in Visual Culture at Bangor University, She has published on topics including colonial Japanese and Korean cinema, cinema and landscape in East Asia, and domestic violence and the sex trade. She is author of Rising Sun, Divided Land: Japanese and South Korean Filmmakers (2013); and editor-in-chief of the East Asian Journal of Popular Culture (Intellect Press). Forthcoming publications include a AHRC funded monograph study on Colonial Japanese Cinema and an innovative study on Bride Kidnapping in the contemporary visual culture. Email: k.taylor@bangor.ac.uk