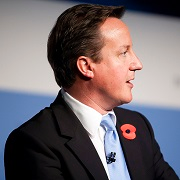 It will be delivered by Professor Francesca Gains on the topic of ‘Can Cameron capture women’s votes?’ Francesca has been a leading commentator on the development of gender equality policies under New Labour and Conservative Governments, and gendered politics in the lead-up to the 2015 General Election.

See her blog at http://blog.oup.com/2014/10/can-cameron-capture-womens-votes/ for a flavour of what she will be talking about, and this short film: https://www.youtube.com/watch?v=nAwgMj6RCW4&feature=youtu.be&app=desktop

The Pankhurst Politics Seminars are research talks aimed at a student audience, in which members of staff in Politics will talk about their own recent research for about 20 minutes, followed by questions and discussion with the audience. All are welcome to attend. Emmeline Pankhurst was born in Moss Side, Manchester, in 1858, and was a political activist and leader of the British suffragette movement. The New York Herald Tribune called her "the most remarkable political and social agitator of the early part of the twentieth century and the supreme protagonist of the campaign for the electoral enfranchisement of women." Her daughters Christabel, Adela and Sylvia were also well-known activists. The series began in 2014, 100 years since her autobiography My Own Story, and the series honours Manchester’s radical political history.