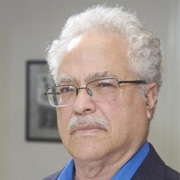 Professor George Lipsitz "From Plessy to Ferguson: The Racialization of Time and Place"

The killing of Michael Brown in Ferguson, Missouri in 2014, along with the callous official responses to it, exemplifies what by now has come to be a familiar pattern. Phobic fantasies of monstrous Black criminality stand at the center of the political imaginary of the United States. They fuel a seemingly insatiable sadism in search of a story, dismissing the testimony of the aggrieved before they even begin to speak. This is a legacy of slavery unwilling to die, an institutionalized mendacity enshrined in culture, custom and even law as the Plessy v. Ferguson case illustrates. Yet this is no ordinary time. Masses in motion mobilized under the banners of #BlackLivesMatter and #SayHerName are forging an oppositional conjuncture based on collective refusal of an unlivable destiny. They see attributing criminality to Black people, to immigrants, to the homeless, to immigrants, to queer and transgender people, to those in debt, and to many others is a way of dividing society into two groups: the exceptional and the disposable. The disposable control nothing but are blamed for everything. The exceptional control everything and are blamed for nothing. Their struggle is generating new ways of knowing and new ways of being that seek to reorganize social relations from the bottom up.

Biography George Lipsitz is Professor of Black Studies and Sociology at the University of California, Santa Barbara. His publications include:

Professor Lipsitz is a visiting Taylor Fellow in the Division of English, American Studies and Creative Writing (EAC) at the University of Manchester.