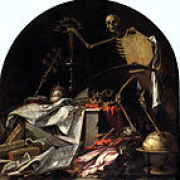 Part of the Spanish and Portuguese Research Seminar. The session starts at 5 pm in room W3.13 in the Samuel Alexander Building.

Dr. Christopher Storrs is Reader in History in the school of Humanities at the University of Dundee. His research interests focus on early modern Imperial Spain and early modern Italy; he is also interested in international relations, war and state formation in the same period. His major publications include War, Diplomacy and the Rise of Savoy, 1690-1720 (Cambridge, 1999), The Resilience of the Spanish Monarchy 1665-1700 (Oxford, 2006), which has recently been published in Spanish translation (Actas, 2013), and the edited volume The Fiscal-Military State in Eighteenth Century Europe (Farnham, 2009). His currently work on Philip V's efforts to restore a Spanish presence in north Africa and Italy c. 1713-48 has led to the publication of ‘The Spanish Risorgimento in the Western Mediterranean and Italy 1707-1748’ in European History Quarterly (42:2, 2012) http://dx.doi.org/10.1177/0265691412458400.