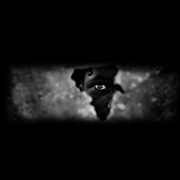 The third Manchester Postcolonial Atelier offers the opportunity for the research community to enter into conversation with the world renowned economist Professor Jim O'Neill (University of Manchester) who will later be delivering the Arthur Lewis Centenary Public Lecture. Jim is the creator of the acronym “BRIC” and has conducted much research about these and other emerging economies. He has published various books on the topic, and made a documentary series for the BBC entitled MINT: The Next Economic Giants. He writes frequently on these and many other international economic and financial topics, including regular columns for Bloomberg as well as the Daily Telegraph in the UK.

The Postcolonial Atelier series complements the Manchester Postcolonial Reading Group's broad theme 'Development' (2014) and provides a focused, friendly and constructive setting in which researchers can engage with the atelier guest's intellectual output.

More information on the Manchester Postcolonial Atelier can be found on our blog - http://manchesterpostcolonialreadinggroup.wordpress.com/atelier/

To receive the preparatory reading, please get in touch with postcolonialreading@gmail.com