Manchester Policy Week: A seat at the table is not enough 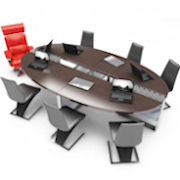 Event description: How do we ensure equality in politics and policy making? Do authoritarian measures like quotas and positive actions help or hinder the battle for equality? If women are given a seat at the table is this enough to ensure equality? What happens when the spaces where power is exercised informally are gender-biased, be that the golf club or the House of Lords? Join us for a lively panel discussion on how gender issues can be addressed in politics, development, and policy making.

Bev Craig has a been a Manchester City Councillor since 2011 and is current Assistant Executive Member for Housing and regeneration. She is a school governor, board member of a housing trust and previously a governor of a Mental Health Trust. Currently the National Co-Chair of LGBT Labour, she sits on the Labour NEC Equalities Committee. With nearly 15 years in the voluntary sector she has been involved in numerous equality organisations including as Chair of IGLYO an International LGBT Youth Organisation.

Bill Cash has been a Conservative Member of Parliament since 1984 and has represented the Stone constituency since 1997. The leader of the Maastricht Rebellion during the 1990s, he is currently a member of the European Scrutiny Committee and Chairman and founder of the European Foundation think tank. In addition to constitutional and European affairs, Bill takes a strong interest in the developing world. Cash was responsible for introducing a Bill to promote gender equality in the provision by the Government of development assistance and humanitarian assistance to countries outside the United Kingdom.

Daisy Cooper is an active campaigner in the Liberal Democrats and is currently standing for election to the role of Party President. Within the party, she is a member of the Federal Executive (governing board), an approved Parliamentary Candidate, and a mentor and trainer for aspiring Council and Parliamentary candidates. She works for Hacked Off, the campaign for victims of press abuse including phone and computer hacking. Previously she worked in international affairs for ten years, including four at the Commonwealth Secretariat, where amongst other things she was the advisor to two international commissions. Throughout her career, Daisy has been a champion of gender equality and prides herself on helping young women 'to climb up the ladder' behind her.

Jacqui Gavin became the Chair of a:gender in March 2013, a network involved with the promotion transgender issues through delivery of speeches and the production of presentations to Government departments and external agencies. She was also involved in reviewing Civil Service and Government Policies, such as the Equality Act 2010. She has had a career in both service delivery and civil service. In the latter she was instrumental in setting up support networks for staff who identify as Transgender and Intersex.

Patrick Johnson is a director and board member of the Equality Challenge Unit and the Head of Equality and Diversity at the University of Manchester. Patrick’s team lead on the university’s Athena SWAN work, which seeks to advance the careers of women in science, engineering and technology and regularly organises gender related events. Patrick has also worked with other universities and major graduate employers to develop ‘positive action’ initiatives such as mentoring and internships to address inequalities.

Sohela Nazneen is a Professor of International Relations at University of Dhaka and a Lead Researcher at the Center for Gender and Social Transformation, BRAC Institute of Governance and Development Institute , BRAC University, Bangladesh. She is currently leading a comparative research project that seeks to understand the relations between women’s inclusion in politics and their influence on education policy and domestic violence legislation in selected South Asian and Sub Saharan African countries for the Effective States and Inclusive Development Research Programme at The University of Manchester .

Role: Member of Parliament for Stone

Role: Head of Equality and Diversity