Annual Bragg Lecture - Towards a New Understanding of the Quantum Universe 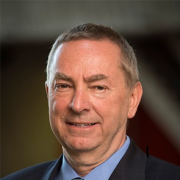 Sir Lawrence Bragg was Langworthy Professor at the University of Manchester from 1919 to 1937. From 2016, the School of Physics and Astronomy has presented an Annual External Bragg Lecture with an external invited speaker whose work builds on the foundations laid by Sir Lawrence Bragg. The date is chosen close to the anniversary of his birthday. The lecture is aimed at undergraduates. This year we welcome Nigel Lockyer, Director of the Fermi National Accelerator Laboratory.

Towards a New Understanding of the Quantum Universe

Neutrinos are the most numerous matter particles in the universe, but the least understood. The peculiar properties of neutrinos suggest connections to many of the big mysteries of particle physics, including the possibility that the matter we are made of originated from neutrinos. Today a host of new experiments are trying to unlock the secrets of these elusive particles.

Fermilab is gearing up to produce a megawatt proton beam neutrino source capable of sending high energy neutrinos to giant liquid argon detectors located 1300 kilometers away and a mile underground in South Dakota. The detectors will be built and operated by a newly formed scientific collaboration called DUNE (for Deep Underground Neutrino Experiment), a global effort of over 1000 scientists, 177 universities and labs from 31 countries.

DUNE will be the first truly international mega-science project hosted in the U.S., and a game-changing experiment for neutrino science. Large scientific projects with major infrastructure investments lead to breakthroughs in many areas. In this case, advances in superconducting technology needed to produce intense beams of neutrinos may also enable a big leap forward for quantum computers.