Baseball Arbitration to Resolve International Law Disputes: Nudging States to ‘Step Up To the Plate’. 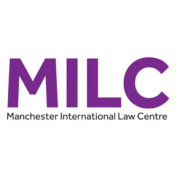 MILC is proud to welcome Professor Joost Pauwelyn (Graduate Institute, Geneva & Georgetown Law), who will deliver a lecture on the following topic: States and international tribunals are in a love-hate relationship. States need third-party adjudication to settle at least some of their disputes, and monitor increasingly vague commitments. At the same time, when international tribunals make decisions they often upset (mostly losing) states or are blamed for over-reach (“making law”), with little opportunity for states to engage in “legislative correction” (as this normally requires consensus). The existence of compulsory dispute settlement, with a black or white outcome on what statescannot do, may also have a chilling effect on states positively settling their differences (if you can “go to court”, why settle?) or updating or negotiating new rules (if rules are enforceable, you think twice before committing).

This paper assesses a concrete proposal that goes in a different direction which preserves a crucial role for neutral, third-party adjudication but puts more responsibility on states to work out positive solutions themselves (nudging them to “step up to the plate”): baseball or final offer arbitration (FOA) where disputing parties each offer an answer to the dispute (their “final offer”) and the adjudicator’s task is strictly limited to picking one or the other answer.

When carefully calibrated, FOA can, at least for some types of disputes (especially numerical ones), enhance both efficiency (speed, reduced cost and complexity) and accuracy (reasonable party offers v. tribunals “splitting the difference” between extreme demands). In addition, FOA facilitates, rather than chills, settlement and long-term cooperation, and puts states rather than tribunals in the driving seat.

FOA is not new. Long before it was introduced to settle salary disputes between players and their teams in Major League Baseball (MLB) in the 1970s, FOA was practiced in ancient Greece, including during the trial of Socrates. Although FOA would seem to be particularly suited to settling international disputes (where sovereignty costs and suspicion toward tribunals run high), surprisingly, FOA is virtually unknown to international lawyers. Equally unnoticed, however, outside the confines of the tax community, is that since 2006 US double taxation treaties set out baseball arbitration to settle certain international tax disputes. Shortly after that, both the UN and OECD Model Tax Conventions have included the option of baseball arbitration. The recently concluded OECD Multilateral Convention to Implement Tax Treaty-Related Measures to Prevent Base Erosion and Profit Shifting (2016 OECD Multilateral Tax Convention) confirms baseball arbitration as the default arbitration option.

Ironically, it also exactly where FOA is now being confirmed in treaty practice that FOA shows its limits. FOA works best in bilateral disputes over a number (e.g. salary figure or intra-company transfer price). FOA struggles in multilateral disputes over threshold questions (e.g. is there liability, discrimination or a permanent establishment in the first place). FOA also raises fundamental questions of equal treatment and practical questions of enforcement.

This contribution proceeds as follows. Section 2 elaborates on the current tensions between states and international tribunals and describes today’s paradox of international adjudication. Section 3 introduces the concept of baseball arbitration and describes it especially in the context of the recently concluded OECD Multilateral Tax Convention. Section 4 discusses the reasons why baseball arbitration may be particularly appropriate to resolve at least some international law disputes. Section 5 warns about important caveats, including reservations that may make baseball arbitration inappropriate to solve modern tax treaty disputes. Section 6 illustrates where and how baseball arbitration could be successfully used to resolve disputes where FOA is currently not in use, especially certain trade (WTO) and investor-state questions. FOA could also be considered to settle migration, fishery or water sharing or quota disputes, sovereign debt restructuring, IP benefit sharing or even land or maritime boundary cases. Section 7 concludes.