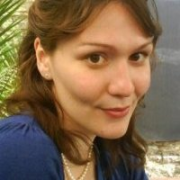 Lydia Matthews has kindly provided the following abstract of her paper:

Fragments of Hellenistic ethnography preserved in later Roman and Byzantine writers describe practices of female genital cutting (FGC) among the Jews, Egyptians, and so-called ‘Troglodytes’. In these tales, the ethnographers offer up strange customs and foreign bodies for a Greek audience to wonder at, reinforcing the audience’s own sense of ethnic and cultural superiority. The descriptions of FGC that these accounts contain are used to define the peoples that exist beyond the civilizing power of the Hellenistic kingdoms: the knowledge that ethnographers offer about the regions that lie outside of the oikoumene is therefore tied up with the domination of these places.