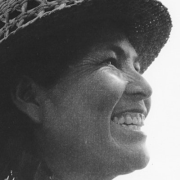 This talk looks at photographs of indigenous Chaco people from northeast Argentina, taken between 1958 and 1964 by Grete Stern, the Bauhaus-trained photographer regarded as one of the introducers of European modernist photography in Argentina. In recent years, these photographic series have attracted renewed interest from critics, academics, and the public, as illustrated, for example, by exhibitions organized in Buenos Aires and Berlin. Most critics tend to agree that these images are a paradigmatic example of how humanism and avant-garde tend to converge in Stern's work. In this way, her modernist artistic approach would be intertwined with a persistent concern for the fate of oppressed and persecuted peoples. This interpretation allows for articulating a narrative that connects Stern's own experiences as a Jew who escaped Nazi Germany with her approach to indigenous Chaco peoples – another group victim of genocide and racism. The objective of this talk is to suggest an alternative reading of this photographic series. For this, the analytical approach will move from the biographical to the historical, and from the figure of Stern to the photographs themselves, locating them in relation to the history of the visual representations of the indigenous cultures of the Gran Chaco region.

Ignacio Aguiló is Lecturer in Latin American Cultural Studies at the University of Manchester. He is also the Co-Director of the University’s Centre for Latin American and Caribbean Studies. Broadly speaking, his research examines the intersection of race, nation and culture in contemporary Latin America. His monograph The Darkening Nation (University of Wales Press, 2018) explores the connections between the 2001 financial meltdown in Argentina and the crisis of narratives of whiteness and national belonging, by examining literary texts, popular music, artworks and films. He is currently a co-investigator in the AHRC-funded international project Cultures of Anti-Racism in Latin America.