Belonging and alienation in academic practices. Panel and plenary discussion 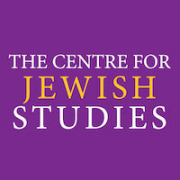 The Centre for Jewish Studies and the Jewish-Muslim Research Network are hosting a panel and plenary on “Belonging and alienation in academic practices: Jewish studies and Jewish identities in comparative perspective”, with Aaron Hughes (Rochester University), Sami Everett (Cambridge) and Alex Samely (Manchester).

From the time of Spinoza onwards, academics and museum curators have arguably been able to recreate for themselves a sense of belonging by constructing or maintaining a relationship of knowledge to cultures from which they were alienated. Thus academics may have studied texts by secular methods which were sacred to their ancestors, or assimilated into new horizons material objects distanced from their original contexts and uses, from amulets to wedding photos. For example, it has been possible to be an expert in Jewish Studies or its material culture as a way of continuing to be “Jewish”, when one does not believe in God or in Jewish genes.

A scholar’s identity is thus capable of being entwined with research themes in the humanities, even though academic knowledge also in part defines itself through distancing or alienation of the objects of study. The history of many fields of modern university learning could be used as illustrations of this dynamic, and it also manifests itself in the study of religious traditions, including Jewish and Islamic Studies.

On 12 February the Centre for Jewish Studies, the Northern UK and Dublin Jewish Studies Partnership, and the Jewish-Muslim Research Network, will host an event that explores in a comparative manner such relationships between the production of academic perspectives on texts and objects on the one hand, and the experts’ sense of belonging or alienation on the other. This event will be open to colleagues, students and the public.

If you want to attend the event please contact laura.mitchell@manchester.ac.uk