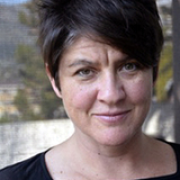 Changes to the Australian Constitution, to reflect the existence of Indigenous Australians, have been debated for over 20 years. Despite moves toward some form of change in recent years, in 2015 the then Prime Minister Tony Abbott refused to support a ‘black process’ to consider what form this change might take. While non-Indigenous Australians often speak of guilt and remorse over 200 years of colonisation and its policies and some things do change - apologies are given, violences acknowledge - but some things cannot be let go of. When Freud said - "the melancholic does not behave in quite the same way as the person who is crushed by remorse and self-reproach in a normal fashion. Feelings of shame in front of other people, which would more than anything characterise this latter condition are lacking in the melancholic".

He might have been talking about non-Indigenous Australians. Constitutional change, that reflects a black process, would seem to be a simple enough moment of recognition, but something insists and informs resistance to constitutional change and to acknowledging the existence of Indigenous Australians as politico-legal subjects; something, I argue in this paper, that resembles melancholia, but a particularly Australian form of melancholia.

In this paper I discuss the particularities of Australian history in its relation to its own ‘founding fathers’. I interrogate the use of psychoanalysis as a tool to describe political landscapes and in reference to this I argue that the difficulties with constitutional change are certainly forms of melancholia, but particularly Australian forms. Melancholia in Australia insists because the Constitution collates a time of paternity in which the violence of a savage land “before” and the order of a civilised land “after” the Constitution enables a fantasy of an arrival of “Australia”. A discussion with black Australia, however, implies that the before was not as savage as one imagined and perhaps a conversation might have taken place, in this realisation the very notion of Australia as either empty or savage is put under erasure. Changing the Constitution thus suggests that something might not only be lost, but that perhaps something was never “discovered” in the first place.

BIO Dr Juliet Brough Rogers is a Senior Lecturer in Criminology in the School of Political Sciences at the University of Melbourne, and Adjunct Professor at Griffith Law School, Queensland. She is currently an Australian Research Council DECRA Fellow examining the ‘Quality of Remorse’ after periods of political and military conflict. She has recently been a Visiting Fellow at the European University Institute, Italy; Yale Law School, US; University of Cape Town Law School, South Africa and Queens University Law School. She is currently a visiting fellow at Scuola Superiore di Studi Umanistici, at the University of Bologna. She recently published Law’s Cut on the Body of Human Rights: Female Circumcision, Torture and Sacred Flesh (Routledge), and she is completing a monograph on Remorse.