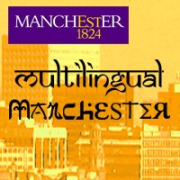 Language Analysis for Determination of Origin (LADO) is a new branch of applied linguistics, used by governments in processing asylum seekers who are applying for refugee status. As part of testing their claim to come from a certain nation, region or group, some asylum applicants are interviewed by government agencies or commercial contractors seeking to ascertain whether they natively speak the language of a group they say they belong to. Many linguists and some judges have been critical about the standard of expertise used in these cases: Can language testing be done validly and reliably? For which sorts of cases? Are governments employing a useful tool or paying for “bad science”? (Part of the 50th Anniversary series of public lectures put on by the Department of Linguistics and English Language.)

Biography: Prof. Peter L. Patrick is a linguist who has given expert testimony to UK and US criminal courts, employment tribunals, and asylum tribunals. He has consulted on over 60 asylum cases, including before the Scottish and England/Wales appeals courts, and is involved in a case to be heard by the UK Supreme Court this spring. He has been involved with many governments, private firms and professionals from a wide range of areas since 2003, in efforts to monitor and improve the practice of LADO.