Voters in Context: Lessons from the UK General Election of 2015 for understanding political change 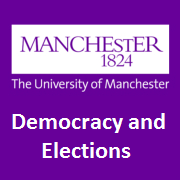 This seminar will present a series of working draft chapters for the prospective 2015 British Election Study book, from the BES team. We will provide original insights into how citizens make their electoral choices, offering both an analysis of the outcome of the 2015 General Election and a more general framework for understanding political change. Through understanding the evolving nature of the British electorate, we reveal how long-term secular changes in politics and society create the circumstances for political change, and how this potential for political change may be realised through contingent political events and agency. We show how Britons made their vote choices in the 2015 election and demonstrate the role of political events and context on those choices, and on the eventual result. This event is brought to you by BES and Democracy and Elections, the hub for electoral politics research at The University of Manchester.

Evolving boundaries of electoral change: how the long-term evolution of social and political factors transform the parameters of electoral competition and its outcomes in Britain Cees Van der Eijk and Hermann Schmitt