Organise, Connect, Mobilise! The role of ethnic leaders and mainstream political elites in the mobilisation of ethnic minorities in Britain” Dr Silvia Gandilini 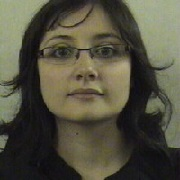 The presence of ethnic and immigrant communities in Britain has grown significantly over the past two decades. In this context, the debate about the integration of these communities into the civic and political life of the country has become increasingly salient. Political mobilisation of ethnic minorities by ethnic community leaders and mainstream political elites has been identified as one of the mechanisms that is likely to stimulate political engagement and therefore promote political integration. Yet, more research is needed to shed light on how mobilisation strategies are shaped by these two actors, both independently and jointly, and how these strategies vary across ethnic groups depending on their ‘group mobilisation capacity’ - i.e. the ability to create effective community organisational resources and leadership and to mobilise collectively to achieve a specific goal (Maxwell, 2012: 22). This study aims to fill this gap and contribute to the debate on political integration by addressing three main areas of research: (1) Mobilisation by political elites: the mobilisation strategies developed by political elites, regardless of their connections with ethnic leaders; (2) Mobilisation by ethnic leaders: the grass-root mobilising role of leaders within their communities, which is not necessarily linked to political elites; (3) The interplay between elites and leaders: the two-way, collaborative process of mobilisation promoted jointly by leaders and elites. The study will adopt a mixed method approach including the analysis of existing national data (primarily to explore the mobilisation strategies of political elites – Area 1) and the collection of extensive qualitative and quantitative ‘social network data’ in a specific local area in Manchester.