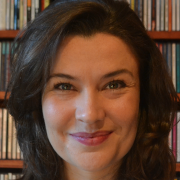 ‘’ Filmmaking and ‘The Exchange of Men’: Exploring the use of film in research through Bororo ethnography”

This paper builds on ethnographic material produced in fieldwork among the Bororo people in Central Brazil, in 2011-2012, to assess the impact of the use of filmmaking and film-elicitation methods on the theoretical development of a Bororo notion of personhood. The spatial design of the Bororo village and the dual logic of Bororo social thought served as recurrent examples in Lévi-Strauss' development of structuralism and his theorization of the dualisms (culture/nature; male/female; centre/periphery, etc.) that continue to inform conceptual debates in anthropology and beyond. Drawing on my ethnographic finding that, contrary to Lévi-Strauss' controversial claim, it is Bororo women that exchange men, I suggest that we begin a discussion about the theoretical and epistemological implications of this inversion in subject position. In doing so, I advance an ethnographically grounded argument that the use of film in anthropological research can deeply transform the experience of participant observation and significantly contribute to the refinement of key theoretical concepts in the discipline. 2.016/2.017, Second Floor Boardroom, Arthur Lewis Building 4:15 – 6:00pm (Tea and coffee available outside the room from 4:00pm)