Ansuman Biswas as the Manchester Hermit 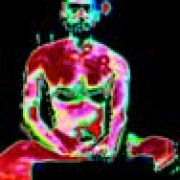 Artist Ansuman Biswas will become the Manchester Hermit, living in the Museum’s Gothic tower for forty days and forty nights.

The Manchester Museum at The University of Manchester holds a collection of over 4 million specimens and objects. Like many museums, only a small proportion of the collection is on public display. Artist Ansuman Biswas will ask the public to reassess the value of the Museum’s hidden collections, casting light on a different object from the stores for each day of his residency.

Through a Hermit’s Blog, he hopes to engage members of the public in debate about why museums collect and preserve objects, whilst allowing species and cultures to become forgotten and extinct. He will also question the relationship of human beings to the natural world, hinting at the inevitable extinction of the human race itself.

Confronted by facts about extinction, Biswas will respond by personally embodying this loss. He will become symbolically dead, renouncing his own liberty and cutting himself off from all physical contact. Continually examining himself through a technique known as vipassana meditation, he will catalogue every aspect of his embodied self, in much the same way as curators catalogue objects. Through the act of meditation, recollecting and remembering, he will reflect the Museum’s role in acting as a memory for human culture. Putting himself at the heart of the Museum’s collection, he will present himself as the ‘ultimate exhibit’.

Working closely with the Museum’s curators, the Manchester Hermit will select 40 objects from the Museum’s vast collection, focusing on the hidden gems. Some of these objects will be highly valued in terms of their academic and scientific importance, rarity or aesthetic beauty, whilst others will be forgotten objects that have been overlooked and underused by the Museum.

Throughout the duration of the residency, the Manchester Hermit will ask the public to comment via his blog on the individual objects, reflecting on how, why and by whom they are valued. He will be inviting the public to consider where these hidden gems are best housed and how they should be treated.

Born in Calcutta and now based in London, Ansuman Biswas has a wide-ranging international practice encompassing music, film, live art, installation, writing and theatre. He often works across and between conventional boundaries, those between science, art and industry, for instance, or between music, dance and visual art.

He has an established solo practice and also works in collaboration with other artists. He has worked with a range of art institutions such as the Royal Opera House, The National Theatre, Tate Britain and Tate Modern, but he has also been invited to work with many non-arts institutions. Amongst these are the National Institute of Medical Research, Hewlett-Packard’s Research lab in Bangalore, Portsmouth Cathedral and the Russian Space Agency.

Over the last few years his work has included directing Shakespeare in America, translating Tagore’s poetry from the Bengali, designing underwater sculptures in the Red Sea, living with wandering minstrels in India, being employed as an ornamental hermit in the English countryside, touring with Björk, spending two days blindfolded in an unknown place, travelling with shamans in the Gobi Desert, playing with Oasis, collaborating with neuroscientists in Arizona, co-coordinating grassroots activists in Soweto, being sealed in a box for ten days with no food or light, making a musical in a maximum security prison, redesigning Maidstone High Street, being a soloist with the London Philharmonic Orchestra, running seminars on democracy for monks in a Burmese monastery, and even flying on a real magic carpet in Russia.