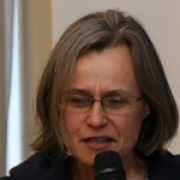 IDPM's State-Society Relations research group and the Effective States and Inclusive Development research centre are convening this masterclass for staff and doctoral researchers interested in reflecting on these themes and the further issues raised by the paper that Diana will present as a springboard for discussion:

"This paper explores the strategies of social movement organizations working in towns and cities of the Global South. Drawing on research from towns and cities in Asia and Africa, I argue that social movements follow three main strategies: collaboration, contention and subversion. In their collaboration, social movements are not simply moving along a continuum of public protest and negotiation with governments. In many cases, they go beyond negotiation with a willingness to have a direct co-productive engagement in the provision of services. Hence practices of contentious politics are only one strategy followed by urban social movements. Movement leaders also recognise and frequently nurture the importance of more hidden forms of resistance. To improve their quality of life and well-being, groups pursue a number of forms of subversion (or encroachment), challenging local outcomes with acts of collective subversion.

The discussion challenges the dominance on contentious politics within the social movement literature and in the second half of the masterclass I wish to explore what might be the consequences of this emphasis for the ways in which practices of resistance have been understood and represented. How, for example, has this emphasis influenced the ways in which movements are encouraged to understand themselves and their work? How have such representations influenced how others observe and understand their work, including the extent to which their contributions are viewed as legitimate, and by whom they are seen as legitimate? As ever, representations are not neutral."

Staff and doctoral researchers can book their place by emailing kat.bethell@manchester.ac.uk by Monday 30 March