From memory to written record: royal documents from Arab-Norman Sicily 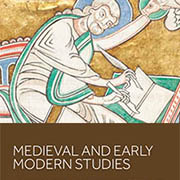 The Norman conquests in the central Mediterranean ended Muslim political power in Sicily, formed a single kingdom in 1130, and divided Christian Europe from Muslim Africa. The kingship that emerged was like no other in Europe: an absolutist, sacral monarchy that conspicuously made use of the Byzantine, Islamic and Latinate artist models as well as the kingdom’s three languages – Latin, Greek and Arabic –in inscriptions and chancery documents. This talk will provide an illustrated introduction to those documents explaining their aims, origins, and usefulness for those wishing to delve deeper into one of the most spectacular and unusual kingdoms of pre-modern Europe.